In early July, I published an 8 minute video on our YouTube channel titled The Silmarillion: 3 Big Problems (and How to Fix Them).

For many Tolkien fans, even asserting that there are problems with a work like The Silmarillion might be considered borderline blasphemy. I might have even said the same thing several years ago!

However, after our survey of Unfinished Tales and The History of Middle-earth, I’m convinced that Christopher Tolkien himself came to view The Silmarillion as a flawed work.

In episode 253, Greta and I discuss these problems in depth. We also catch up on correspondence, with topics ranging from the Valar to the flame of Udun to feedback on our recent discussion with Carl Hostetter. 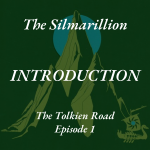 On the first episode of the Talking Tolkien podcast, co-hosts John & Greta Carswell take a close look at the Waldman letter, in which Tolkien explained the broad sweep of the Middle-earth legendarium to a potential publisher: a great starting point for understanding The SIlmarillion! 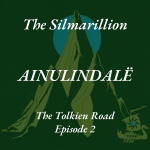 On the second episode The Tolkien Road podcast, co-hosts John & Greta Carswell examine Ainulindalë, the Middle-earth creation story! This is the first section of The Silmarillion, and it will blow your mind to learn to just how the world of The Hobbit and The Lord of the Rings came to be! 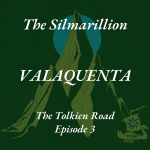 In episode 3 of The Tolkien Road podcast, we continue our journey through The Silmarillion as we take an in-depth look at “Valaquenta”. 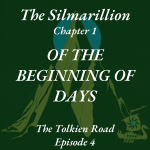 On the 4th episode of the Talking Tolkien podcast, co-hosts John & Greta Carswell examine the 1st chapter of The Silmarillion proper, Of the Beginning of 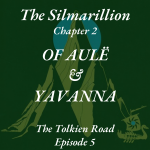 Where did Dwarves, Ents, and Eagles come from? We explore these questions and more in our discussion of the 2nd chapter of The Silmarillion proper, Of Aulë and Yavanna. Come 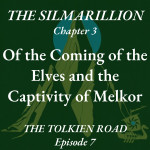 Where did the Elves come from and what is their doom? What should the Valar do about Melkor? We explore these questions and more in our