Introduction to The Silmarillion

Do not laugh! But once upon a time (my crest has long since fallen) I had a mind to make a body of more or less connected legend, ranging from the large and cosmogonic, to the level of romantic fairy-story... 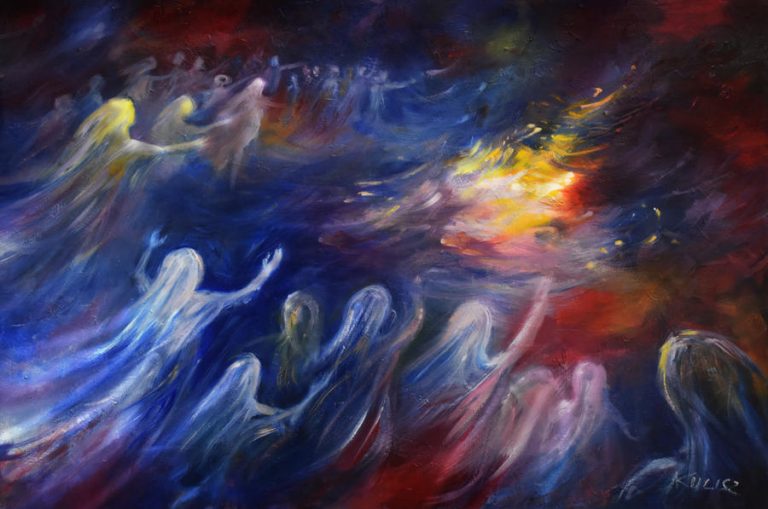 The Silmarillion was Tolkien’s lifelong passion and is the foundational work for his other Middle-earth tales. It’s also one of the most difficult books to make your way through as a novice. Yet for those who have made it all the way through and have learned about Melkor (aka Morgoth), Fëanor, Beren, Lúthien, Eärendil, Thingol, and the incredible number of other characters contained therein, it is certainly viewed as a rewarding (even life-changing) read. One thing’s for sure…it will totally change your perspective on The Hobbit and The Lord of the Rings!

After my second time through The Lord of the Rings, I decided to give The Silmarillion a try. I think I got past the first page and then threw my hands up in exasperation. So many of the names and concepts were utterly foreign to me that my mind could barely maintain a grasp on the words passing before my eyes! I gave it another try a few years later, but only made it a few chapters in. Finally, in 2013, I gave it another push and by sheer force of will and determination I made it all the way through. Did I understand every word of it? No way. But I did really enjoy it.

The Silmarillion was the first work of Middle-earth that Tolkien undertook. Its roots go all the way back to World War I, when he was an officer in the British Army. It was apparently an outgrowth of an imaginary language which Tolkien wanted to mythologize. He tried throughout his life to have it published, but for dozens of reasons, it didn’t actually happen until a few years after his death, in 1977. His son Christopher compiled and edited the work (with apparently significant help from Guy Gavriel Kay).

The Silmarillion “is an account of the Elder Days, or the First Age of the World” (vii). The Hobbit and The Lord of the Rings are both accounts of events in the Third Age by comparison. So the tales of The Silmarillion take place many, many years before the adventures of Bilbo and Frodo. According to Tolkien, the central themes of The Silmarillion are three-fold: “All this stuff is mainly concerned with Fall, Mortality, and the Machine” (xiii).

There are 5 sections that make up the main body of the book. The longest of these by far is “Quenta Silmarillion,” or The Silmarillion proper. The other 4 sections are relatively short, and provide an overview of a particular part of the history of Middle-earth.

This is the creation story of Tolkien’s universe. It is subtitled “The Music of the Ainur” and concerns the creation of the first beings (the Ainur) by Ilúvatar, “the Father of All.”

Valaquenta picks up where Ainulindalë leaves off, and focuses on those Ainur who entered into the created world of Arda as ruling beings subject to Ilúvatar. It serves as an introduction to these figures (the Valar), as well as to the evil works of Melkor, who is the chief antagonist of the universe.

The Silmarillion proper is focused on the coming of the Children of Ilúvatar: Elves (immortals) first, and Men (mortals) second. It tells the story of how the Valar who have descended into the world look for their coming and hope to enrich them with beauty and of their conflict with Melkor who hopes to dominate, corrupt, and spoil the Children of Ilúvatar. It is a long and varied epic comprising 24 chapters and numerous different protagonists and antagonists, all in one tale of the battle between the good forces of Valinor and the fell forces of Melkor.

Akallabêth concerns the Second Age of Middle-earth. After a cataclysmic battle drastically alters the face of Arda, the Men who have shown allegiance to the Valar are rewarded with a kingdom established on an island that is far closer to the Blessed Realm of Valinor than the lands of Middle-earth. This tale tells of the corruption of the Kings of Númenor by Sauron, servant of Morgoth, leading to Elendil and his sons, the last of the faithful among men, fleeing the island, and setting up the kingdoms of Arnor and Gondor.

Of the Rings of Power and the Third Age:

These are mostly genealogies of important figures in The Silmarillion. The last table breaks out the various names for Elves and sub-classes of Elves.

A brief guide to pronouncing certain phonemes (vowels and consonants).

A long index of the various names contained, brief background on each, and page numbers for their appearances.

Elements in Quenya and Sandarin names.

Map of Beleriand and the Lands of the North:

A map of Beleriand in the First Age (the northwest corner of Middle-earth which does not exist in the Third Age).