SilmGuide:
Chapter 1
Of the Beginning of Days

It is told among the wise that the First War began before Arda was full-shaped, and ere yet there was anything that grew or walked upon earth; and for long Melkor had the upper hand... 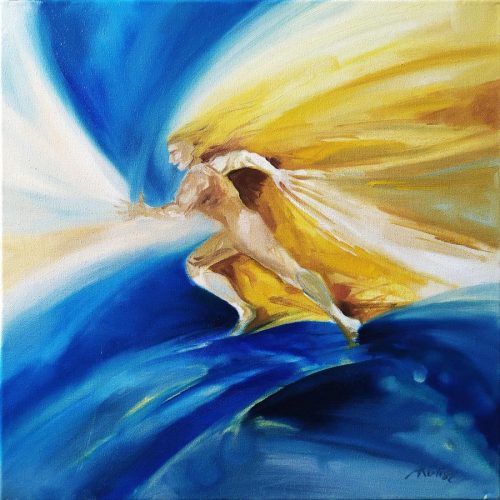 THE LIGHT OF THE WORLD

After the catalog of “Valaquenta” and the creation myth of “Ainulindalë,” this is where the action really begins. It picks up with the world still in the process of being formed by the Valar.

Melkor: Obviously the bad guy. Has corrupted several Maiar in order to be spies among the Valar.

Tulkas: The happy warrior among the Valar, he does battle with Melkor.

Yavanna: Creator of the Great Lamps and co-creator (with Nienna) of the Two Trees of Valinor.

Nienna: Co-creator of the Two Trees of Valinor.

The Two Lamps: Ormal (in the south) and Illuin (in the north). They light the world in a “changeless day.”

The Two Trees of Valinor: Telperion (the silver) and Laurelin (the gold). They light the world after the destruction of the two lamps. They wax and wain, with their light co-mingling.

Utumno: Melkor’s fortress that he builds deep in the earth.

Isle of Almaren: The original home of the Valar, it is lost in the throwing down of the lamps.

Valinor: The Blessed Realm, the home of the Valar after the destruction of Almaren.

Taniquetil: The great mountain in the midst of Valinor, where Manwë sets his throne.

Noldor: The elves who delight in making and are closest in mind to Aulë.

Vanyar: The elves who delight in song and poetry and are closest in mind to Manwë.

Teleri: The elves who delight in sea-faring and are closest in mind to Ulmo.

Oromë: The Valar who is the “tamer of beasts” and would ride often outside of Valinor and sound his horn against the fell things that were the result of Melkor’s work.

The First War: Before the subcreative work of the Valar is completed, Melkor enters into Arda to bring it to ruin. Yet Tulkas enters as well, and casts Melkor into the outer darkness, where Melkor broods and plots his revenge.

The Spring of Arda: The Valar complete their work and make for themselves a home in the middle of Arda called the Isle of Alrmaren. The Two Lamps bring “changeless day” to the world in this period.

The Destruction of the Lamps: Melkor attacks again with Tulkas asleep and casts down the Two Lamps, causing their fire to pour out over the land as a destructive power, marring the landscape irreparably. The symmetry of Arda is forever lost, given over to irregular shape. The Isle of Almaren is destroyed as well, leaving the Valar homeless.

The Bliss of Valinor: The Valar find a new home in the west, behind great mountains, naming it Valinor. In order to light the world, Yavanna and Nienna create The Two Trees.

Daylight Fading: The story begins in utter illumination with the Two Lamps. It is “changeless day.” Once the Lamps are destroyed though, the Two Trees which replace them give a light that is no always present, as it waxes and wains. The light of the world will continue to fade as the story continues. Though there is light, it is a light mixed with darkness and sorrow.

Death and Mortality: The chapter ends with a discussion of the differences between Men and Elves, who haven’t really entered the narrative yet. The key difference is perhaps death. Elves do not die naturally; Men do. For Men, it is Ilúvatar’s gift to them. How can death be seen as a gift?

Other differences between Men and Elves: While the Elves are found to be close in mind to the Valar, in that they are made for the world of Arda, Men are viewed by the Valar as more akin to Melkor, a strange and unwieldy factor in the world.

The Quendi Chart: Toward the end of the book, there are several “family-tree” like charts. The last of these is the “Quendi” chart. This shows all of the different classes of Elves, as well as where they overlap. It’s a handy reference.

Interested to learn more about Chapter 1 of The Silmarillion? Watch these videos for a through discussion of the chapter’s contents.