SilmGuide:
Chapter 10
Of the Sun and Moon and the Hiding of Valinor

Fruit and Flower, Sun and Moon

Thus even as Eru spoke to us shall beauty not before conceived be brought into Eä, and evil yet be good to have been. 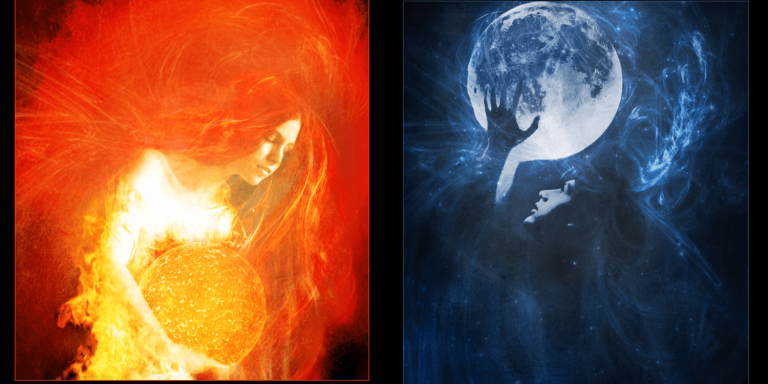 SIGNS IN THE SKY

With the hurricane of catastrophes brought on by Morgoth’s murder of the Two Trees subsiding, the dust is settling, and the Valar have some decisions to make. Chapter 11 of The Silmarillion deals with the creation of the Sun and the Moon as well as the hiding of Valinor from the peoples of Beleriand and all other lands.

The Birth of the Sun and the Moon: With the Two Trees dead, Middle-earth has a light problem. Thankfully, a fruit and a flower remain from them. The flower becomes the moon while the fruit becomes the sun.

Morgoth Weakening: Having obtained the Silmarils, Morgoth is becoming lazy. Instead of going forth to wreak havoc himself, he instead makes his minions do his dirty work for him. However, as he does so, his own power slowly dissipates.

The Valar Shut the Door: As the Valar had warned the Noldor that followed Fëanor, Valinor is now shut against them. In fact, it is shut against any person of the east that tries to venture into the west.

The Mightiest Mariner of Song: The last line hints at the one who will pass back into Valinor in time and thus deliver Beleriand from the scourges and sorrows of Morgoth.

O Happy Fault!: As Manwë makes clear at the beginning of the chapter, even though evil shall always remain evil, nevertheless because of the greater things that will come into the world as a result of it, it will be good for it to have been.

I love Manwë’s outlook here: “Thus even as Eru spoke to us shall beauty not before conceived be brought into Eä, and evil yet be good to have been.” If anything of Tolkien’s speaks to the reality of our own world it is this.

Interested to learn more about Chapter 11 of The Silmarillion? Watch this video for a through discussion of the chapter’s contents.