SilmGuide:
Chapter 13
Of The Return Of The Noldor

Shall The Elves Have Vengeance?

Thus ended the mightiest of the Noldor, of whose deeds came both their greatest renown and their most grievous woe... 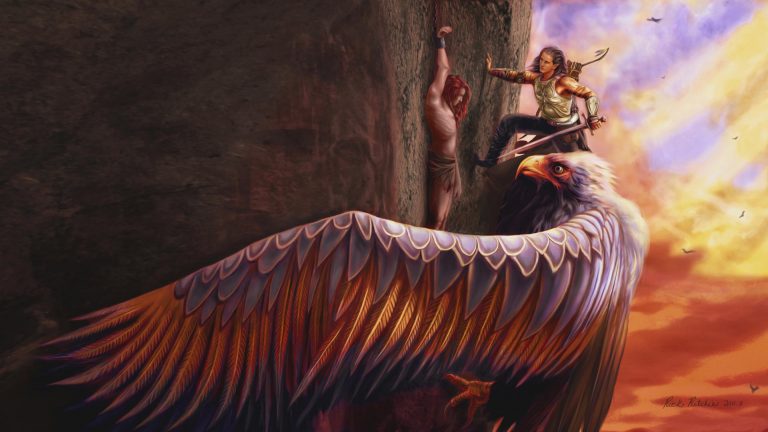 The action really picks back up in Chapter 13. We get another big battle with Morgoth as well as the tense reunion of the Noldor brethren.

Death of Fëanor: Having arrived in Beleriand, Fëanor wastes no time going after the Silmarils. He marches right up to Angband, gets attacked by Balrogs, and dies, cursing Morgoth and re-confirming his fatal oath for his sons.

Maedhros’ Torment: Maedhros, Fëanor’s eldest son, is captured by Morgoth and hung by his wrist from a sheer face of Thangorodrim. He is eventually rescued by his cousin Fingon.

Thingol vs the Noldor: Thingol is not pleased that the Noldor have entered Beleriand, and warns them against entering his realms without leave. Angrod, son of Finarfin, obtains some respect from Thingol for the Noldor, yet tension remains.

Founding of Nargothrond: Finrod, son of Finarfin, establishes a great Noldor stronghold and kingdom after the fashion of Thingol’s Menegroth.

Third Battle of Beleriand: AKA The Glorious Battle. Morgoth, hoping to catch the Noldor off-guard, floods Beleriand with orcs, but the hordes are turned back to the gates of Angband.

Dragon!: Morgoth senses that the Elves are becoming too battle-wise for orcs alone, and thus creates Glaurung the dragon. Glaurung isn’t quite at his full might yet, and Morgoth must recall him…for a time.

Reconciliation of the Noldor: Fingon’s bravery in rescuing Maedhros achieves some reconciliation between the sons of Fëanor and the other Noldor, and Maedhros forgoes his right to the Noldor throne, giving it to his uncle Fingolfin.

Manwë’s Watch: During Fingon’s rescue of Maedhros, Manwë sends Thorondor, the King of Eagles, to aid in the rescue.

The Secret of the Kinslaying: Even as Angrod entreats Thingol to look with favor upon the Noldor, he fails to mention the fact that “We sort of murdered a bunch of your Teleri brethren in cold blood and burned their ships before we left the Blessed Realm.” This is mentioned in the narration as a glaring omission.

Peace Among the Elves: Fingolfin brings the Elves of Beleriand together in the Feast of Reuniniting, and much of their previous strife is put to rest.

Siege of Angband: After the Glorious Battle, a siege is set at the gates of Angband in order to hold Morgoth at bay and leave the majority of Beleriand in peace. This siege last for hundreds of years.

Ulmo’s Influence: Though they are cutoff from Valinor, Ulmo brings troubling dreams to Turgon and Finrod which eventually lead to them establishing great kingdoms.

Interested to learn more about Chapter 13 of The Silmarillion? Watch this video for a through discussion of the chapter’s contents.