SilmGuide:
Chapter 24
Of the Voyage of Eärendil and the War of Wrath 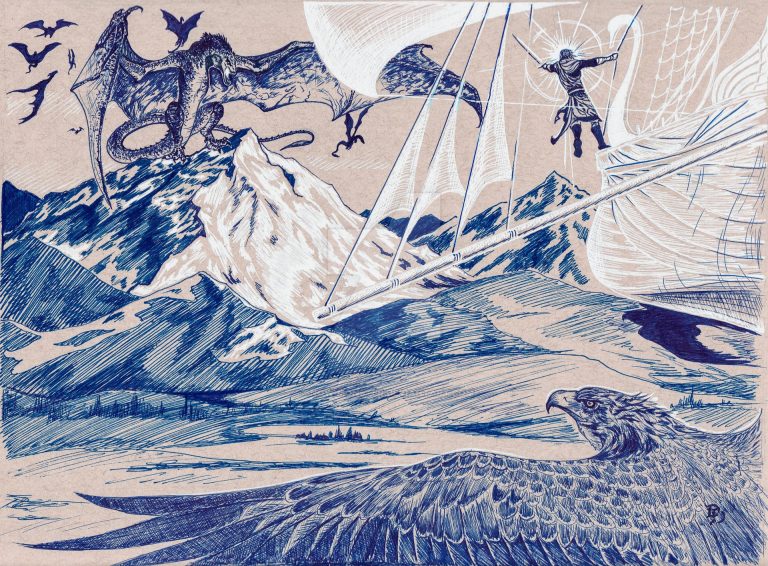 THE END OF THE FIRST AGE

So here we are. Morgoth has effectively crushed the great kingdoms of Beleriand, and those of the Eldar that remain have been pushed to furthest edges of the sea. If you think things were epic before this, you ain’t seen nothing yet.

Eärendil & Elwing: The inheritors of Thingol’s Silmaril, they are also the parents of Elrond Halfelven.

Maedhros & Maglor: The last surviving sons of Fëanor, they hold an important debate concerning the Oath they took with their father.

Eönwë: The herald of Manwë, he leads the forces of Valinor into Beleriand.

The Remnant Assaulted: Adding injury to injury, the remaining sons of Fëanor attempt to seize the Silmaril of Thingol’s people by attacking and slaughtering most of the remnant of Sirion.

Back to Valinor: Eärendil and Elwing undertake a desperate mission to seek the aid of the Valar. Thankfully, they have a Silmaril in hand.

The War of Wrath: The Valar send a massive force to attempt to bring Morgoth and the forces of Angband to their knees.

The Power of the Oath: The remaining Sons of Fëanor must decide if they will continue to carry out the Oath that they swore.

The End of the First Age: Lands fall beneath the seas and great powers are thrown down as the First Age comes to a spectacular end. We shall see what remains of Middle-earth in “Akallabêth”.

Interested to learn more about Chapter 24 of The Silmarillion? Watch this video for a through discussion of the chapter’s contents.