[Sauron] perceived that the power and majesty of the Kings of the Sea surpassed all rumour of them, so that he could not trust even the greatest of his servants to withstand them; and he saw not his time yet to work his will with the Dúnedain. . .Therefore he humbled himself before Ar-Pharazôn and smoothed his tongue; and men wondered, for all that he said seemed fair and wise. 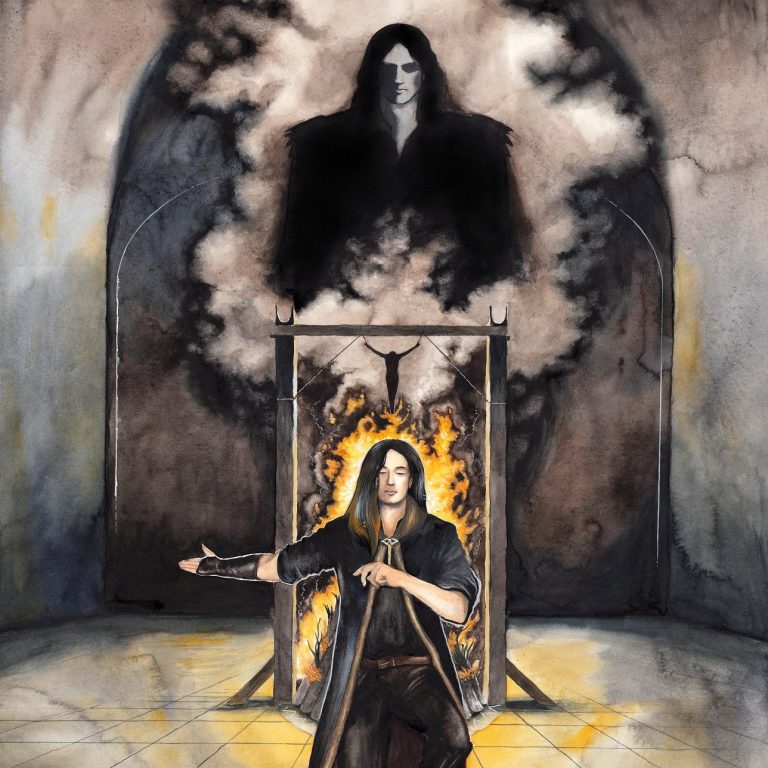 “Akallabêth” is the story of The Downfall of Númenor in the Second Age of Middle-earth. This account spans almost 3500 years of history. It begins with the establishment of Númenor by Elros (brother of Elrond), and ends with the destruction of the island kingdom when its last king attempts to assail The Blessed Realm.

According to Tolkien, there are 3 main themes of the Second Age of Middle-earth. They are:

Morgoth’s Minions: Morgoth is gone from Middle-earth for good, but he sowed plenty of evil seed throughout the world, and it will continue coming to fruition for ages to come.

The Establishment of Númenor: To the Edain – the Men who fought against Morgoth – the Valar give a great island kingdom as close to the Blessed Realm as mortal Man may venture. This becomes known as Númenor.

Sauron’s Surrender: Sauron, seeing that he is outnumbered at the moment, knows that time is on his side, and so feigns surrender and repentance. However, this allows him to get even closer to where he truly wants to be – inside the heads of the Númenoreans.

A False Religion: Now living in the heart of Númenor, Sauron establishes a sort of “cult of Morgoth” that concocts horrible new evils.

Amandil’s Voyage: Amandil, the leader of the Faithful of Númenor, undertakes an Eärendil-like journey, only in this case, rather than to ask for their aid, it is to bring warning to the Valar of Ar-Pharazôn’s impending attack.

The War On Valinor: Númenor has reached the fullness of its hubris, and seeks to assault the Blessed Realm and have it for its own. That probably won’t end well for them.

Elendil and the Faithful: Elendil, the son of Amandil, takes the rest of the Faithful back to the shores of Middle-earth, and establishes the kingdoms of Arnor and Gondor. He will play an important part in the eventual downfall of Sauron.

The Ban: Manwë imposes a ban upon the Númenoreans, that they may not enter the Blessed Realm and so become enamored of it and lust for immortality, which they may not attain.

Death Despised: Though the Númenoreans live much longer than normal Men, they still despise death, and perhaps even more greatly as a result. “For of us is required a blind trust, and a hope with assurance, knowing not what lies before us in a little while. And yet we also love the Earth and would not lose it.” (265)

King’s Men vs. Elf-friends: A divide begins to grow in Númenor between the Elf-friends – a sort of faithful remnant – and the prideful King’s Men, who grow ever further from love for the Valar and the worship of Ilúvatar.

Sauron’s Malice: Like his Lord in the First Age, Sauron forever bears a sort of psychopathic grudge against those who have humiliated him. He will go to great lengths to defile and destroy the Númenoreans.

The Faithful: In this time, the elf-friend remnant among the Númenoreans grows ever smaller and suffers persecution, and comes to be known as “The Faithful.”

Suspicious Minds: Sauron, in the guise of a true-friend, exploits the Númenoreans’ fear of death agains the Elves and the Valar, much like Morgoth exploited Fëanor’s frustrations just before the destruction of the Two Trees.

Creeping Death: Death becomes not just a fearful darkness but a horrible sickness and an incredible misery.

Sauronic Religion: Sauron’s cult of Morgoth reaches its abominable apex, to include the sacrifice of Men, though of course this sacrifice is under the pretense of punishing rebels against the King.

The World Is Changed: In order to protect the Blessed Realm, Ilúvatar changes the shape of the world, and essentially makes it impossible to reach without His aid.

Interested to learn more about Akallabêth? Watch this video for a through discussion of the chapter’s contents.