SilmGuide:
Of the Rings of Power and the Third Age

SIX MILLENNIA IN ONE CHAPTER

‘Many are the strange chances of the world,’ said Mithrandir, ‘and help oft shall come from the hands of the weak when the Wise falter.’ 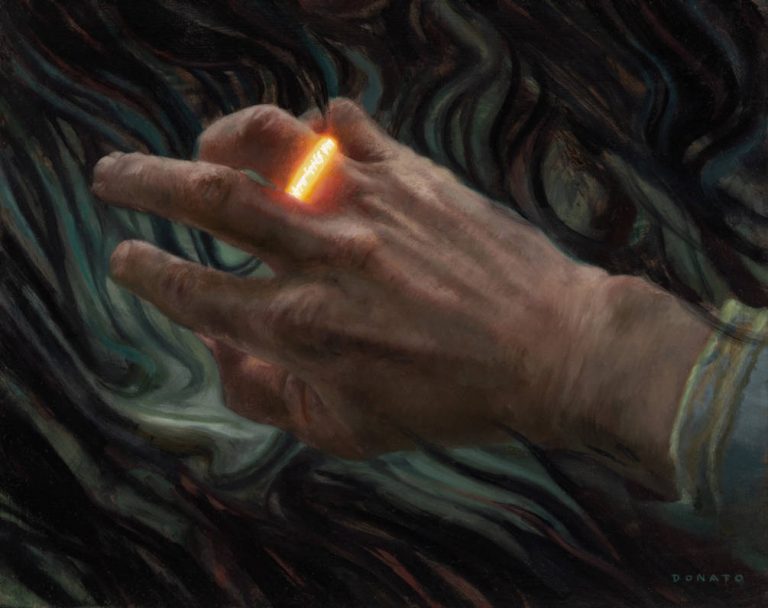 Image: “One Ring to Rule Them All” by DonatoArts

Since this is basically the story of The Lord of the Rings retold in a different fashion, I won’t try to provide any kind of plot summary or set of key events. Instead, I just want to note a few interesting things about this section:

Tolkien’s Intention: According to Christopher Tolkien, this chapter was included according to his father’s “explicit intention” (viii) as a way of providing continuity and completion to the entire saga. Interestingly, he speaks more about this piece, which he wrote before the publication of The Lord of the Rings, in a section of the Waldman letter that is not included in The Silmarillion but is included in The Letters of J.R.R. Tolkien.

A Different Telling: This is a different telling of a familiar tale. As such, hobbits come off as something of an afterthought, and it is more concerned with the “lords” and “governors” of world events, from the decline of Arnor and Gondor to the arrival of the Istari and the forging of the Rings. In addition, there is the curious case of the way the destruction of the Ring is presented. Here, we are told that he cast it into the Fire of Mt. Doom. The details are, in hindsight, a gloss. A strange inconsistency, especially given Tolkien’s penchant for detail. What do you make of it?

A Little Bit of the Second Age: Though the title tells us this is about the Third Age, it actually begins with the lead up to the end of the Second Age (which actually happens after the downfall of Númenor, when Isildur cuts the One Ring from Sauron’s hand).

Sam the Servant: Poor Sam! Perhaps the greatest hero of the tale of the One Ring, he stands recognized only as Frodo’s “servant.” Of course, knowing Sam, he probably wouldn’t have had it any other way.

Interested to learn more about Of the Rings of Power and the Third Age? Watch this video for a through discussion of the chapter’s contents.