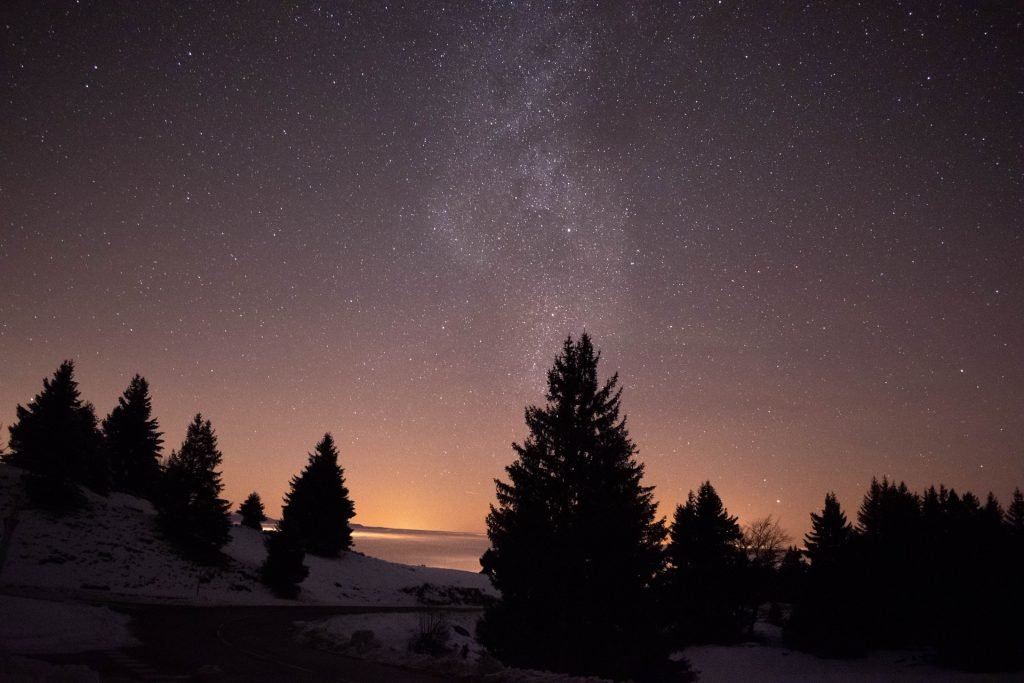 JRR Tolkien is an iconic and world famous writer due to the stories and legendarium of Middle-earth. However, he wrote a number of short stories, essays, poetry, and other works over the course of his lifetime.

And “lost” works are still being uncovered, even decades after this death in 1973!

Among those is a 1936 Christmas poem titled “Noel” that was essentially forgotten until 2013. Unlike Tolkien’s main Christmas-themed publication, Letters From Father Christmas, “Noel” is a highly religious meditation upon the Birth of Christ and the role of the Virgin Mary in battling the darkness preying upon the world.

It’s a beautiful poem, a short read, and worthy of any Tolkien fan and / or Christian’s consideration!

You can read the poem here, and listen to a beautiful recitation of it here.

1. It Was Published Before Tolkien Achieved Fame

“Noel” was published in an obscure school literary journal in 1936, just one year before Tolkien first achieved literary fame and success with The Hobbit. At the time, it was just another poem by another guy. The name Tolkien wouldn’t have meant anything to the general public.

That’s probably why it was lost: low circulating publication along with a lack of name recognition doesn’t do much to “get the word out”.

And, having nothing do with Middle-earth, it wasn’t something newfound fans of The Hobbit were likely to dig up while they waited over the next decade for The Hobbit‘s sequel, The Lord of the Rings.

“Noel” seems to have been forgotten not just by the world at large, but by Tolkien himself. Its discovery was something of an accident actually, and the credit for it is due primarily to the diligent work of noted Tolkien scholars Wayne Hammond and Christina Scull. You can read more about the “accidental” discovery here.

Through the cooperation of the Oxfordshire school Our Lady’s Abingdon, the original publication was discovered by the Sisters of Mercy at Bermondsey in 2013.

So why did Tolkien choose to publish this poem in OLA’s annual literary journal? It’s not really clear. Tolkien doesn’t seem to have any direct connections to the school, but it’s possible that, as a devout Catholic and Oxford academic, he knew some of the staff at the time.

“Noel” would be viewed by most as a fairly conventional poem. It’s composed of 5 stanzas of 8 lines each, following an A-B-A-B-C-D-C-D rhyme scheme. It also heavily employs alliteration, one of Tolkien’s favorite literary devices.

To that end, as with most things Tolkien wrote, he went against the fashionable literary sensibilities of his era. While the major poets of the early 20th century were enamored of a number of different styles that can mostly be labeled “modernist”, “Noel” comes across as very traditional in style, even hymn-like!

That’s due to the ballad metre in which it is written: essentially, one line has 8 beats, the next has 6 (though there is some slight variance in this). It’s also due to the strong imagery and symbolism Tolkien employs. Tolkien clearly wasn’t trying to create anything avant-garde; rather, he was aiming to create a simple, beautiful tribute to the role that Christ’s birth plays in the story of the world.

“Noel” as a word is essentially synonymous with the Christmas season in the English-speaking world, yet how many actually know where this word comes from?

As a professional philologist (essentially a scientist of languages), Tolkien was highly sensitive to everything having to do with language and word-choice. So what’s the story on “noel” in philological terms? Well, it comes to English via French from the Latin “natalis”, and is related to the word “natal”, which has to do with birth.

The poem relates the Incarnation of Christ in highly symbolic and mythological terms. The world is a wasteland of cold and dark, subject to the “lord of snows”, and then the Christ Child enters the scene via the “song” of Mary.

One very interesting note from a Catholic liturgical perspective: during Advent, the time leading up to Christmas, the “Gloria” hymn is omitted from its normal place in the Mass. At Christmas, the “Gloria” hymn returns to the liturgy, along with a sudden explosion of light. As a devout Catholic, Tolkien would have been familiar with this, and so the last stanza takes on an even greater significance.

5. Is There A Middle-earth Connection?

While there’s no direct connection to the legendarium of Middle-earth, there are a number of thematic and symbolic connections.  Even the villainous title “lord of snows” recalls the infamous Sauron (the “Lord of the Rings”).

Perhaps most interesting, in his classic essay “On Fairy-stories”, Tolkien coined the term Eucatastrophe as a key element of worthy fantasy story-telling. The eucatastrophe is the moment when things seem at their darkest and some unexpected twist turns things in a hopeful direction. Literally, a happy catastrophe!

In terms of Middle-earth, we might think of the arrival of the Eagles at the Gates of Mordor, just in time to save the forces led by Aragorn who are distracting the Eye of Sauron from the last leg of Frodo’s journey to Mount Doom.

According to Tolkien, the Birth of Christ is THE GREAT EUCATASTROPHE of human history, the moment when things seemed at their darkest, and God acted in a mighty and unexpected way to bring new hope into the world.

In this way, Tolkien’s lost Christmas poem challenges us to see the birth of Christ not as mere religious doctrine, but as the most dramatic turning point in the story of Mankind and the Cosmos.

If you’re interested in further discussion of Tolkien’s poem “Noel”, check out episode 269 of The Tolkien Road below!